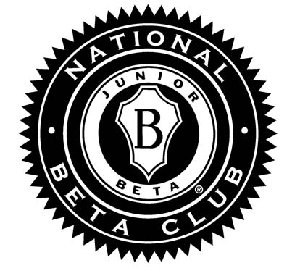 "To lead others by doing"

The Junior Beta Club is an incentive program of scholastic and character excellence for students in their formative years. The objective of the club is to reward scholastic, leadership, and service achievement among members of a school's student body.

The focus of the VMS Junior Beta Club is to become involved in school, community, country and international needs. Past Beta projects have been the VMS sign and school board flowerbed, Santa Pal, Hospice House, Hospitality House, Childrens' Advocacy Center, Children in Afghanistan Fund, collecting newspapers for the animal shelter, collecting glasses for the Optimist Club, collecting old and discarded books for the Rotary Club, Senior Citizens' Prom, VMS Peace Pledge, and collecting toiletry items for a team of doctors going on a mission trip to Africa.

Among the responsibilities of a Junior Beta Club member are the following commitments they agree to: